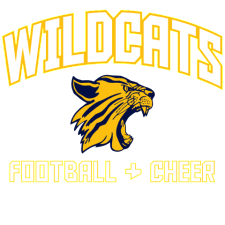 In our continuing efforts to provide the safest playing environment for our young athletes, and in light of developing concussion research, Pop Warner announced some important rule changes for the 2012 season.

With these rule changes, Pop Warner becomes the first youth football organization to officially limit contact during practices. The changes can be found in the Official Pop Warner Rule Book and are a result of the advice of our Medical Advisory Board and the direct input of Pop Warner regional and local administrators and coaches.

Pop Warner rules require that “All practices must be attended by one person holding a Red Cross Community CPR and a First Aid certification OR National Center for Sports Safety PREPARE Certificate of Completion, or equivalent, if not by an EMT or volunteer physician.”

In Pop Warner Football, there is “an absence of catastrophic head and neck injuries and disruptive joint injuries found at higher levels.”

The Institute of Sports Medicine and Athletic Trauma in New York completed a Pop Warner injury survey in 71 towns covering over 5,000 players in 1998. The injury experience of 5,128 boys (8 to 15 years of age, weight 22.5 to 67.5 kg [50 to 150 lb]) participating in youth football revealed an overall rate of significant injury of 5%, with 61% classified as moderate and 38.9% as major injuries. That’s about 1.33 per team per year. No catastrophic injuries occurred, and it was rare for a permanent disability to result from any injury.